Smoke gets in your eyes

it makes you cough and hurts your throat

and floats down into your lungs

We’ve been breathing smoke here in Northwestern Ontario for most of July and there seems to be no end in sight!

Winter looks so refreshing and cool and clear.

But for now, grateful that our community is still here. Praying for all those working in horrible conditions to fight fires and to support those who are out fighting the fires.

And grateful that I live near water and can get water to water my little garden.

Our community of Red Lake is on standby to be evacuated from two nearby fires. Three communities north of us have already evacuated some or all of their community members. Last year we evacuated on a moment’s notice because of a fire that started very close to town. This year we have warning and systems are in place. But now we wait.

My mother was evacuated with her long term care home to one in Kenora two nights ago. She is safe.

We are packed. We have decided what we are taking with us.

We have let all of our loved ones know where we are going and what is happening.

We continue to go to work.

We read the news updates.

We wait for the next update from our Mayor.

That is all we can do now.

Pray for rain and pray for wind change.

Our firefighters are working hard. We pray for them too.

I saw a boat going by yesterday. It was a beautiful, hot summer day and a great day to be out for a boat ride.

There were two people in the boat, one was the operator, sitting in the back, steering the outboard motor. The other was sitting at the front of the boat. She had her hand out and was looking down.

I saw a mom walking down the street the other day, pushing a stroller with a small child in it. It was a beautiful day to be out walking with your child, enjoying the weather, the blue skies, the blooming flowers and listening to the birds in the trees.

The Mom was looking down at her phone.

I saw three young people the other day sitting at a picnic bench outside the street vendor’s truck. The sun was shining; it was a beautiful day to be young and free and with friends.

They were all looking down at their phones.

Wow, did you see that? A beautiful eagle just flew by…

I was looking at my phone.

After our escape from our little town, we had to spend the night in our vehicles and get some rest. We’d left in a hurry and crawled out of town in the long line of cars. Everyone in town went to the one gas station to get gas and then onto the one highway out of town. We were three vehicles but we were all filled with gas so didn’t have to endure the gas pump line up.

There were no hotels available in the nearby towns, so we decided to get some sleep in Ear Falls and then carry on to my brother and brother-in-law’s cottage another five hours’ drive away. Even though I had packed my two tents, sleeping bags and an air mattress, I was too stressed and tired to even think about putting up the tents at 1:00 a.m. We just put our seats back and crashed in our SUV. My sons and their dog were in their vehicle next to us. And my brother, Bill and his partner, Dave, were in their truck at the other end of the park.

At that point, my mind was just on getting some rest and relieved that we were away from the fire. I was also worried about where we would all go and for how long. We were evacuated for two weeks the last time, in 1980. If the fire crossed our highway and burned the hydro lines, our town would be without electricity until the lines could be replaced. Food would go bad in fridges and freezers. Phones could be down. Internet could be down. Things could be very bad. And houses could burn.

When daylight came, we decided to head for the cottage. The community of Ear Falls kept their gas stations open all night for evacuees. Food donations were being organized. We got gas and carried on down the highway to Dryden, where we stopped at Walmart and picked up food and clothing necessities. I’d packed my clothes but forgot a nightgown. I need my nightie. I also didn’t pack my sunglasses because we’d left at 10:00 p.m. in the dark.

For the next week, we stayed at the cottage, very grateful to have somewhere to stay, trying to keep busy and keep our minds busy but watching the updates from our municipality on Facebook.

I wish I could say that I did well that week. That I was calm and trusting in God. I can’t say that. I was a basket case inside. Trying to be brave on the outside. It was very traumatic. My family was great. Everyone helped out around camp and we behaved well. Some trees were felled. Some saunas were had. And boat rides were enjoyed. But always in the back of your mind is wondering when and if we could go home.

When I read the post six days after we fled that said we could now return home; we wouldn’t have our natural gas turned on, but we could go home, I cried.

Covered with an icing of snow

the green of the needles laying beneath

as the sun lights up the sky

thank You for these beautiful trees

thank You for these eyes

the beauty of the world around me 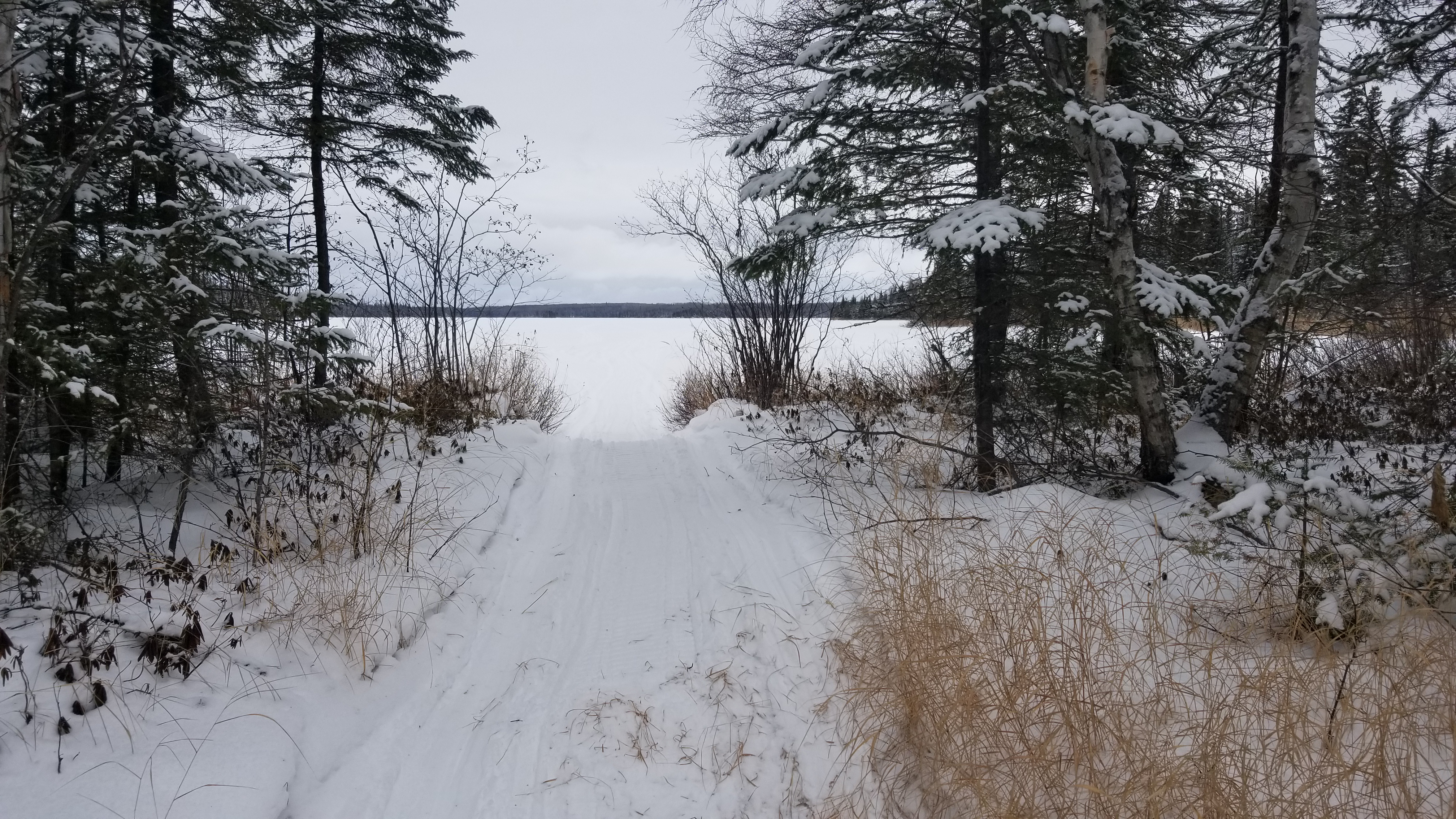 leaping from tree to tree

as the fire hungry 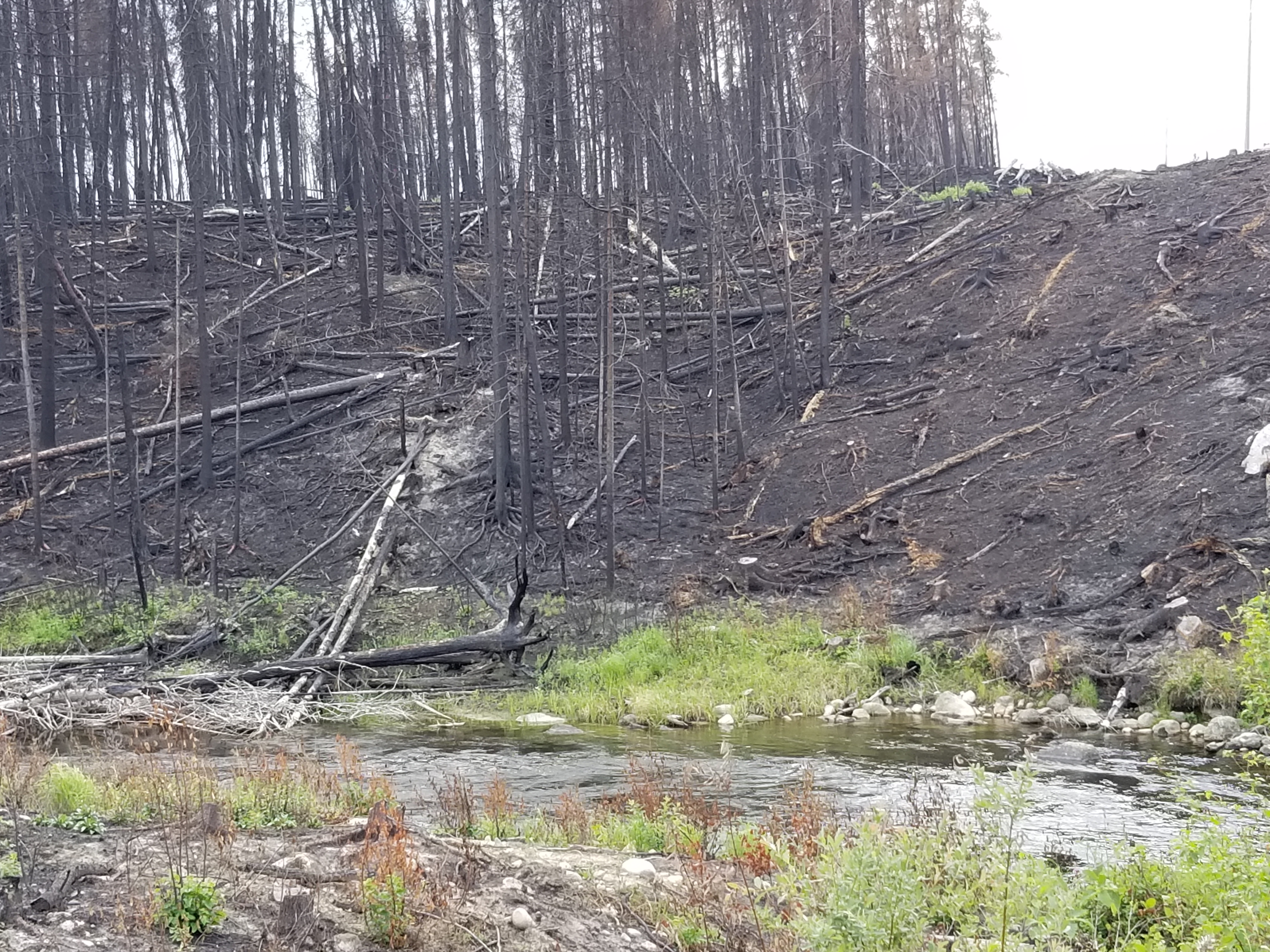 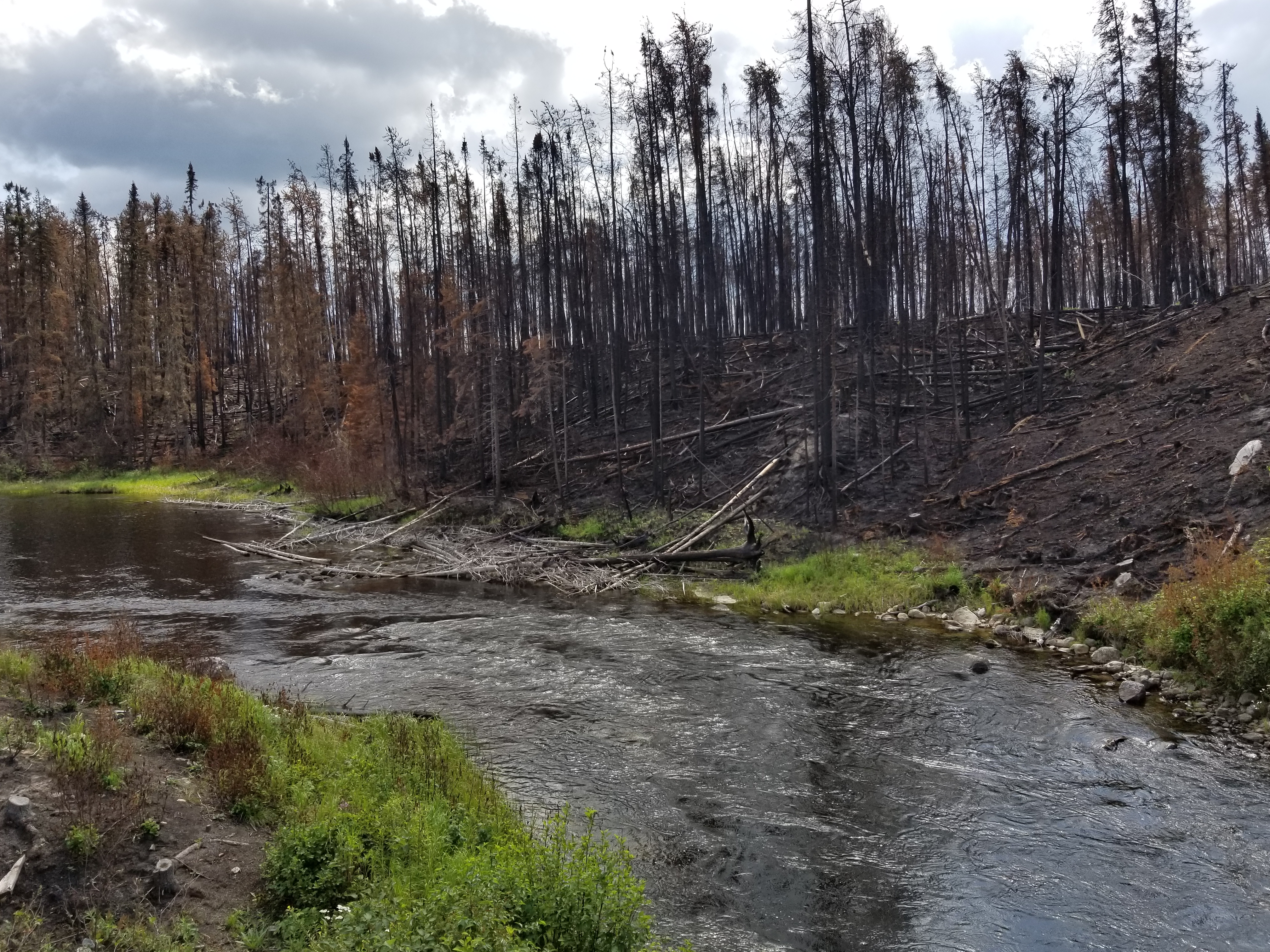 You have to look close sometimes to see the beauty. It is there. It is all around us. It is everywhere. It might be a planter of flowers on a city street or a tiny insect on the branch of a tree. It might be moss growing on the side of rock or a bulrush in a creek. Wherever you are there is something beautiful. It might be the smile of the elderly person when you offer to help them across the street. It might be the baby giggling at the puppy you see in the park. It is there. Look for it.

Summer time beauty in Northwestern Ontario is eye blinding. We wait all winter for the brilliant greens and blues and then try to let our eyeballs soak it all in and keep it there in the brain to pull out on those cold winter months.

Flowers of all colours

growing wild along the highways

in among the trees

on the shores of lakes

on the lily pads in the ponds

traveling from blossom to blossom

a symphony of buzzing

after a warm summer rain

Birds singing in the tree tops

chirping in the small shrubbery

and crying out on the waters

swooping and diving on the currents

of the air that we can’t see

We thank you for this creation 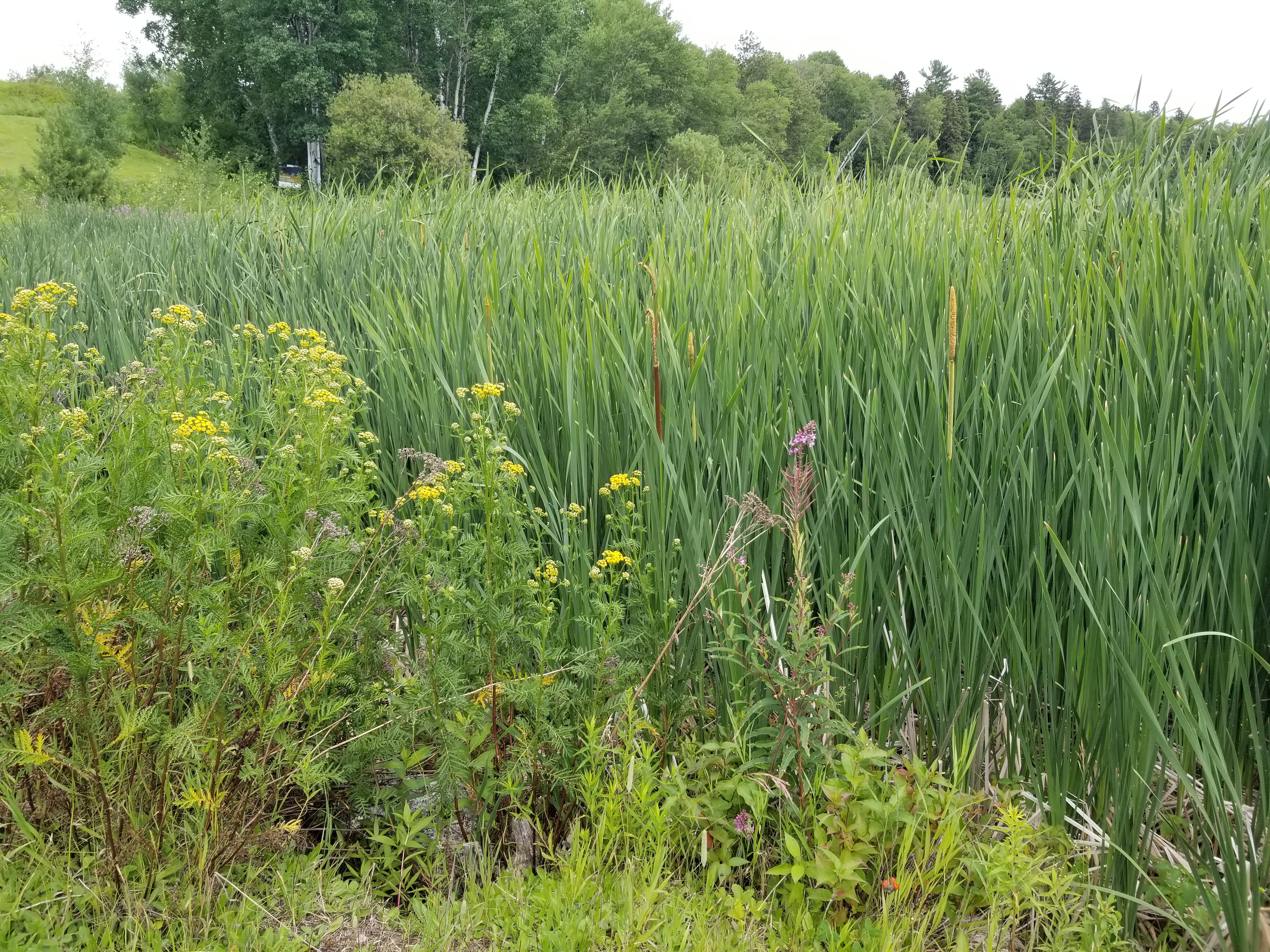 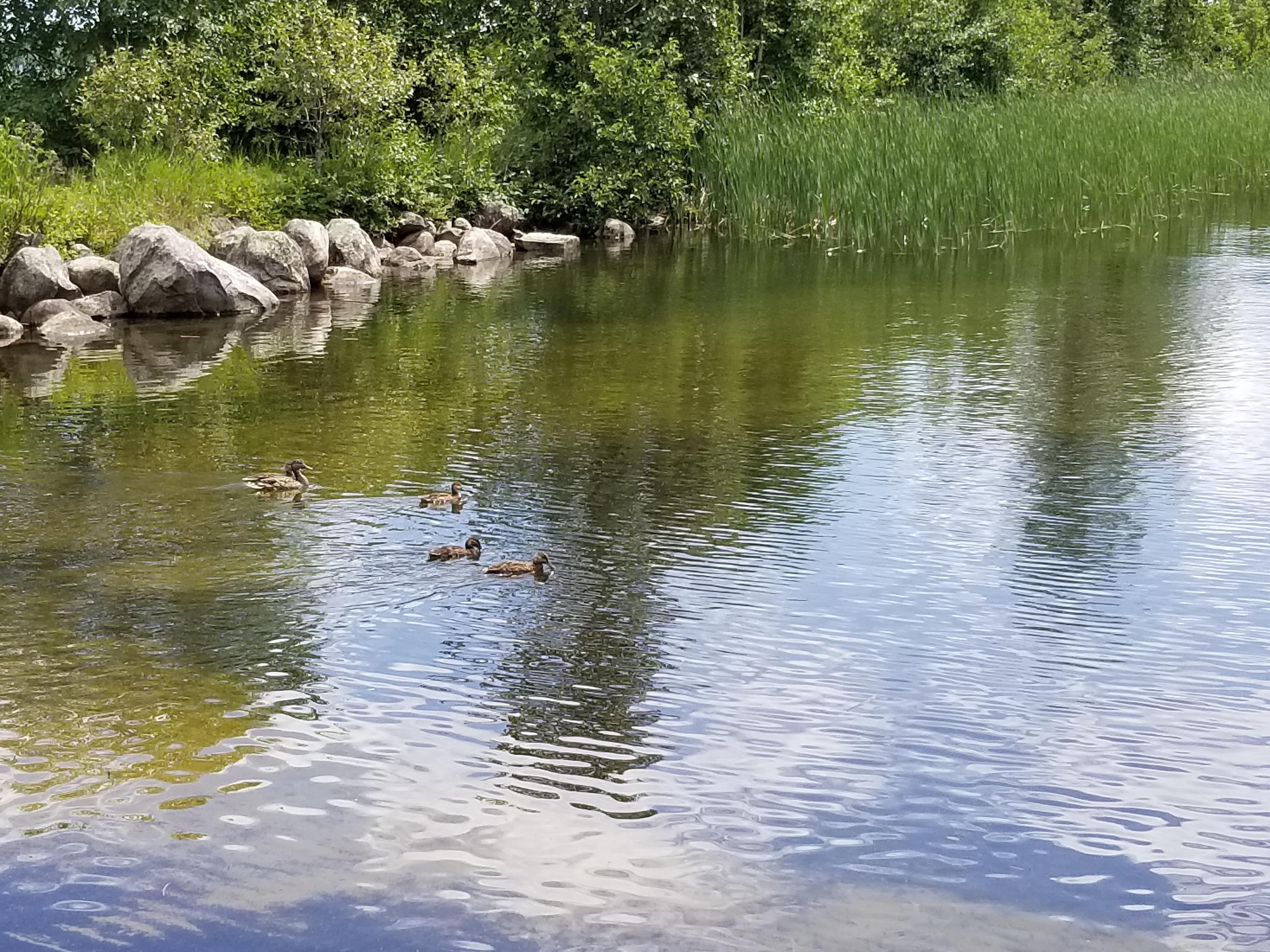 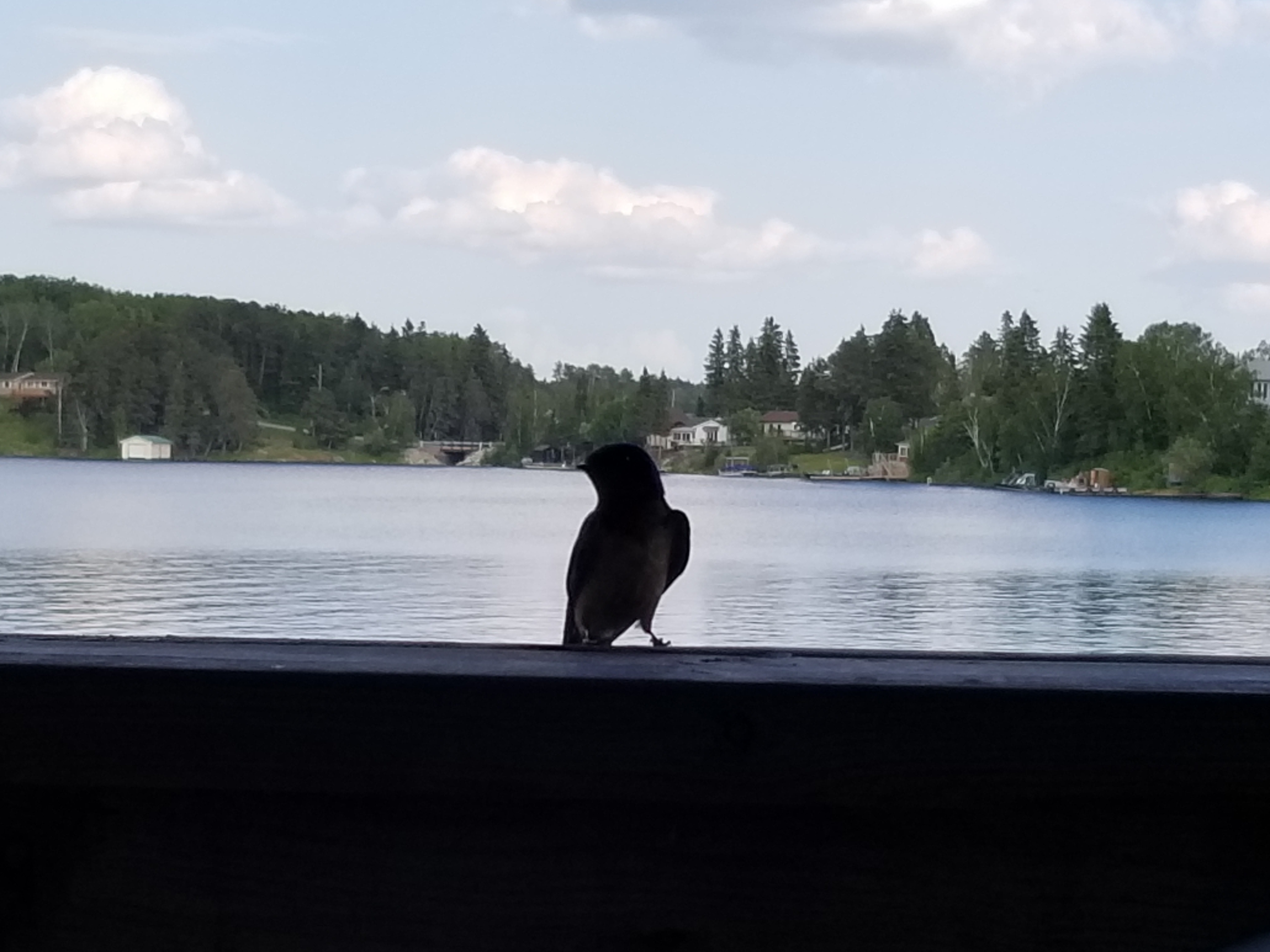 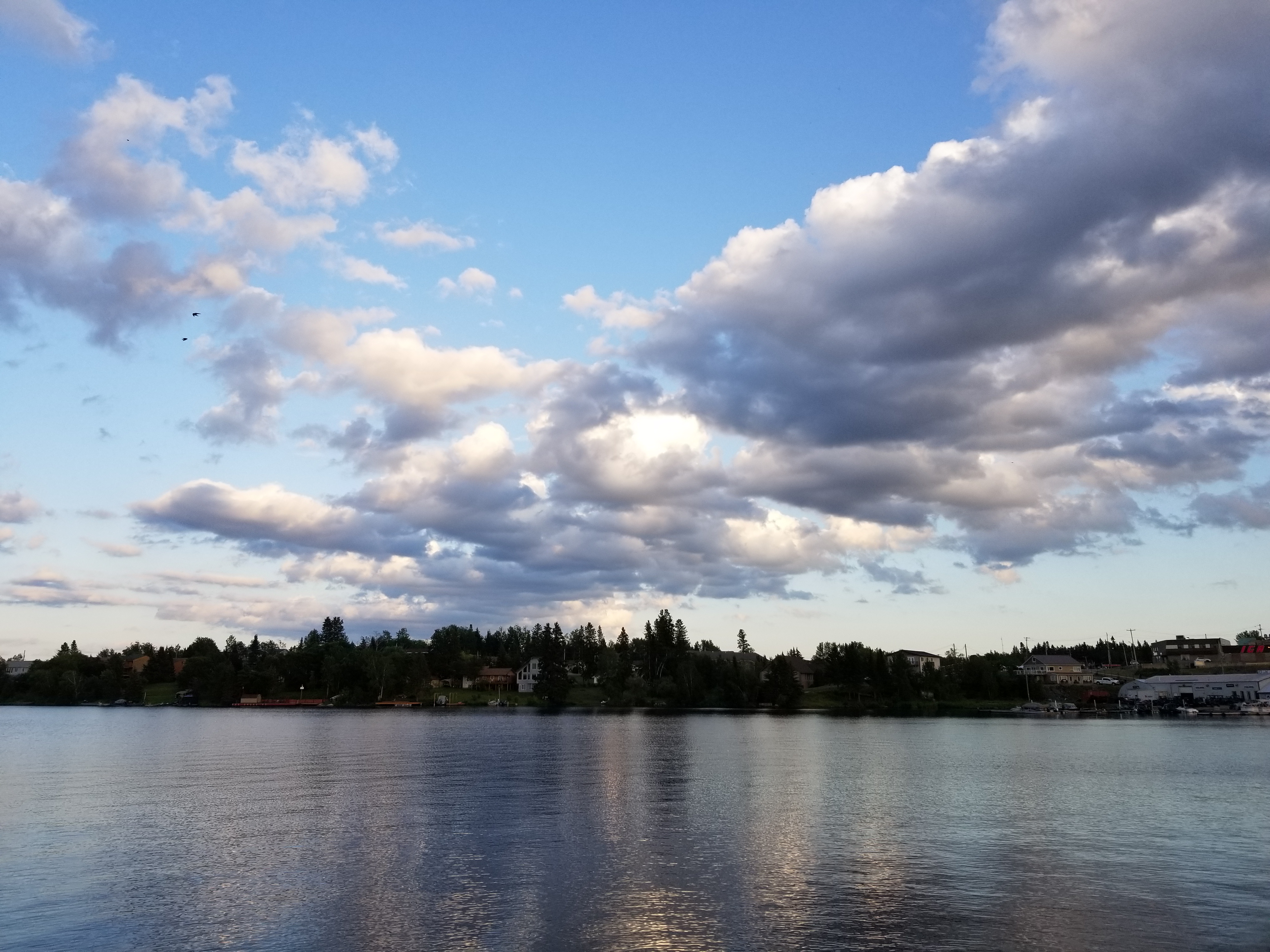 My little area of the world, Northwestern Ontario

has been erupting in fires

people have been evacuated

from their homes, their lives

while fires continue to roar

rain, we pray for rain

to soothe the earth’s hot flesh

and to soothe our minds

to soothe our bodies from fatigue

as smoke surrounds us

and we breathe it in 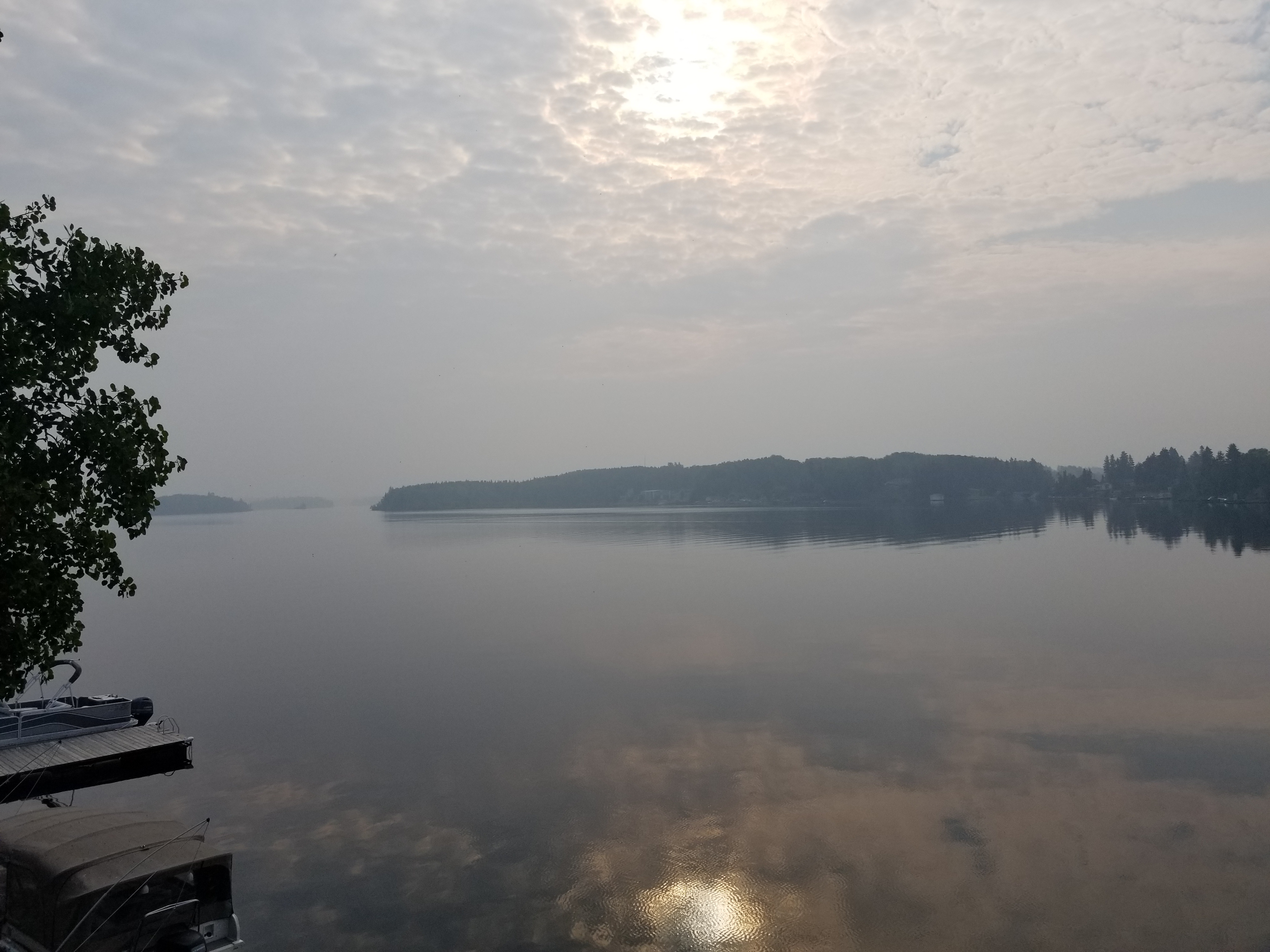 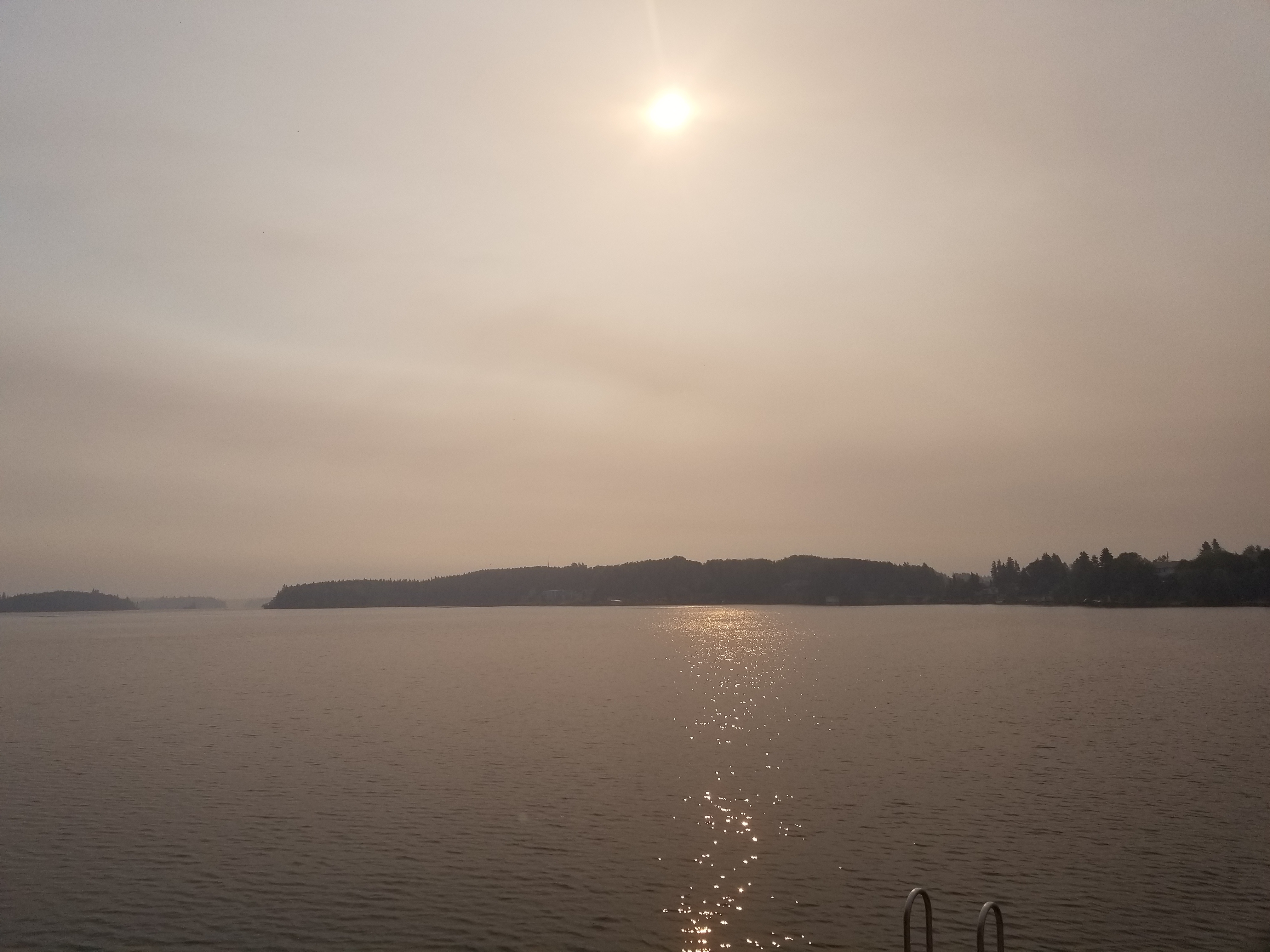 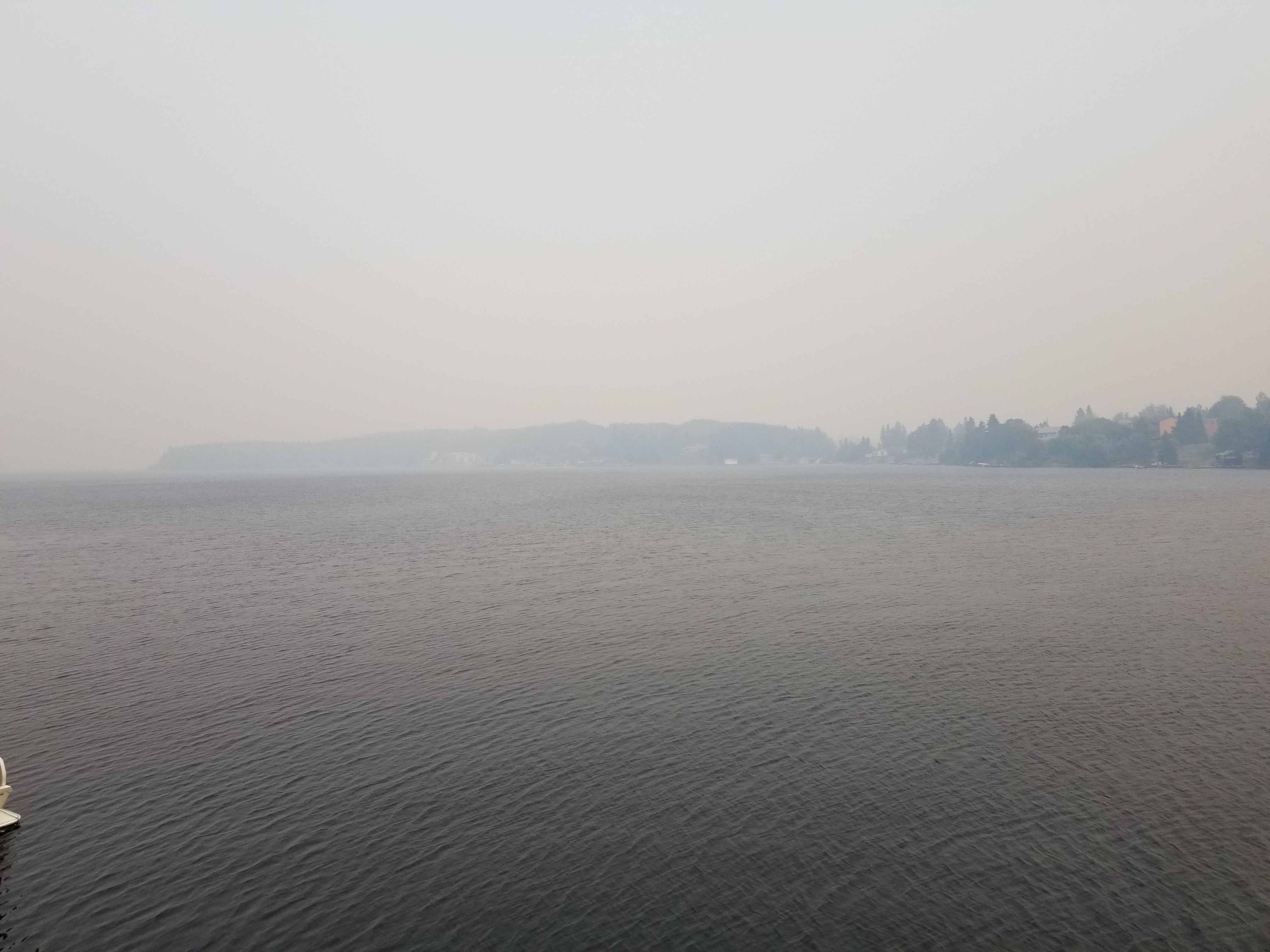 She is my mom. She’s 85 years old now but still a child in her mind. She has always been there for me. She is my connection to my identity. She is the hand that guides me to my ancestors. She is the bridge that leads me to my Anishinaape me. She is all that I have left.

As each day goes by she gets older and her memory slips away from her. Someday I won’t have her. I won’t have that connection. Will I be lost? Will it be inside of me to connect my children and grandchildren? 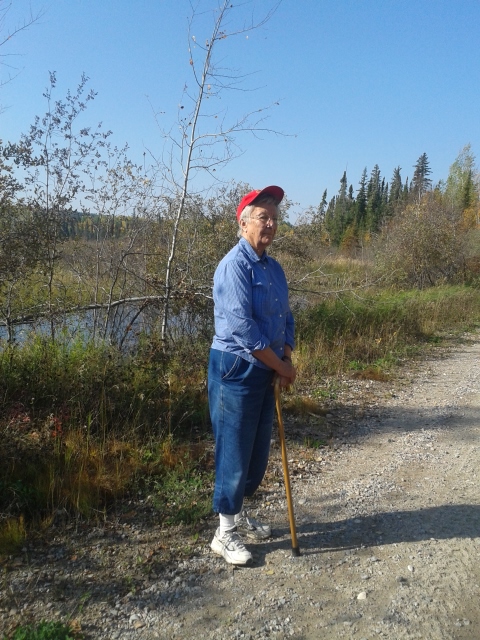 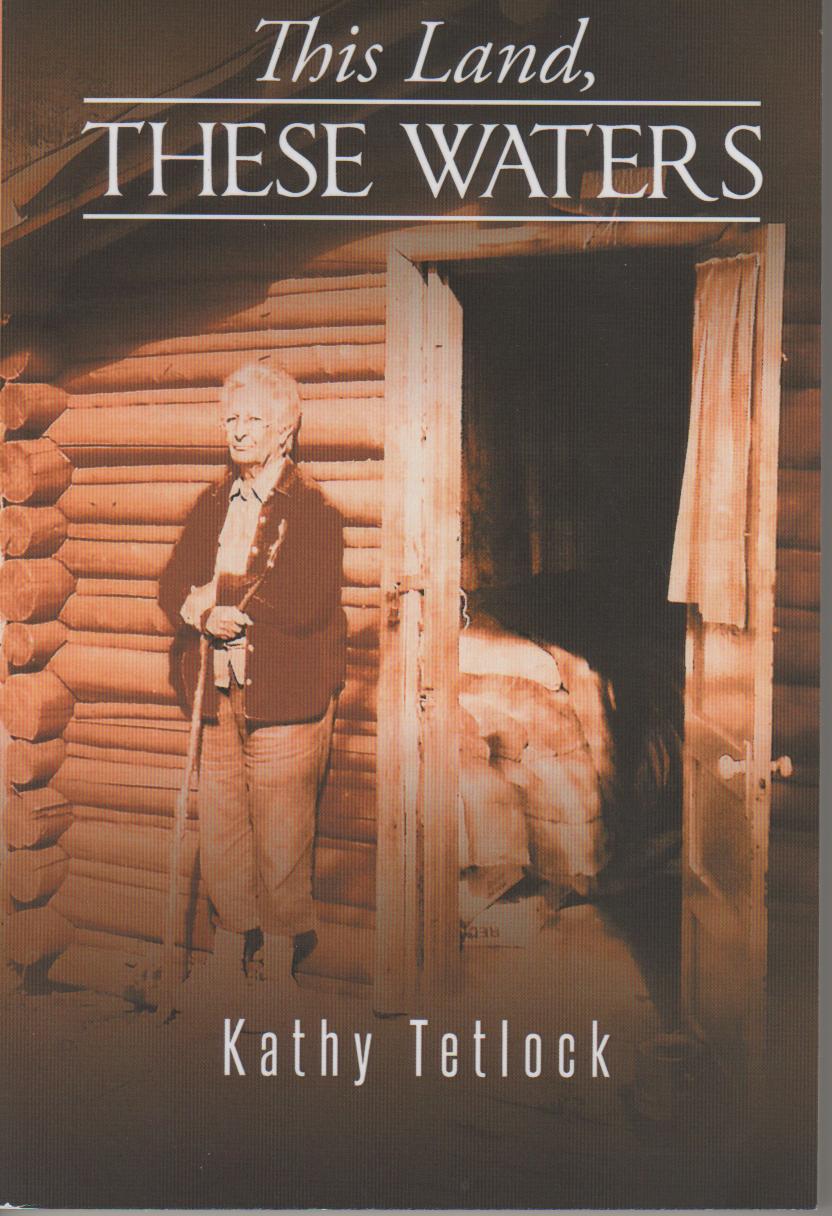 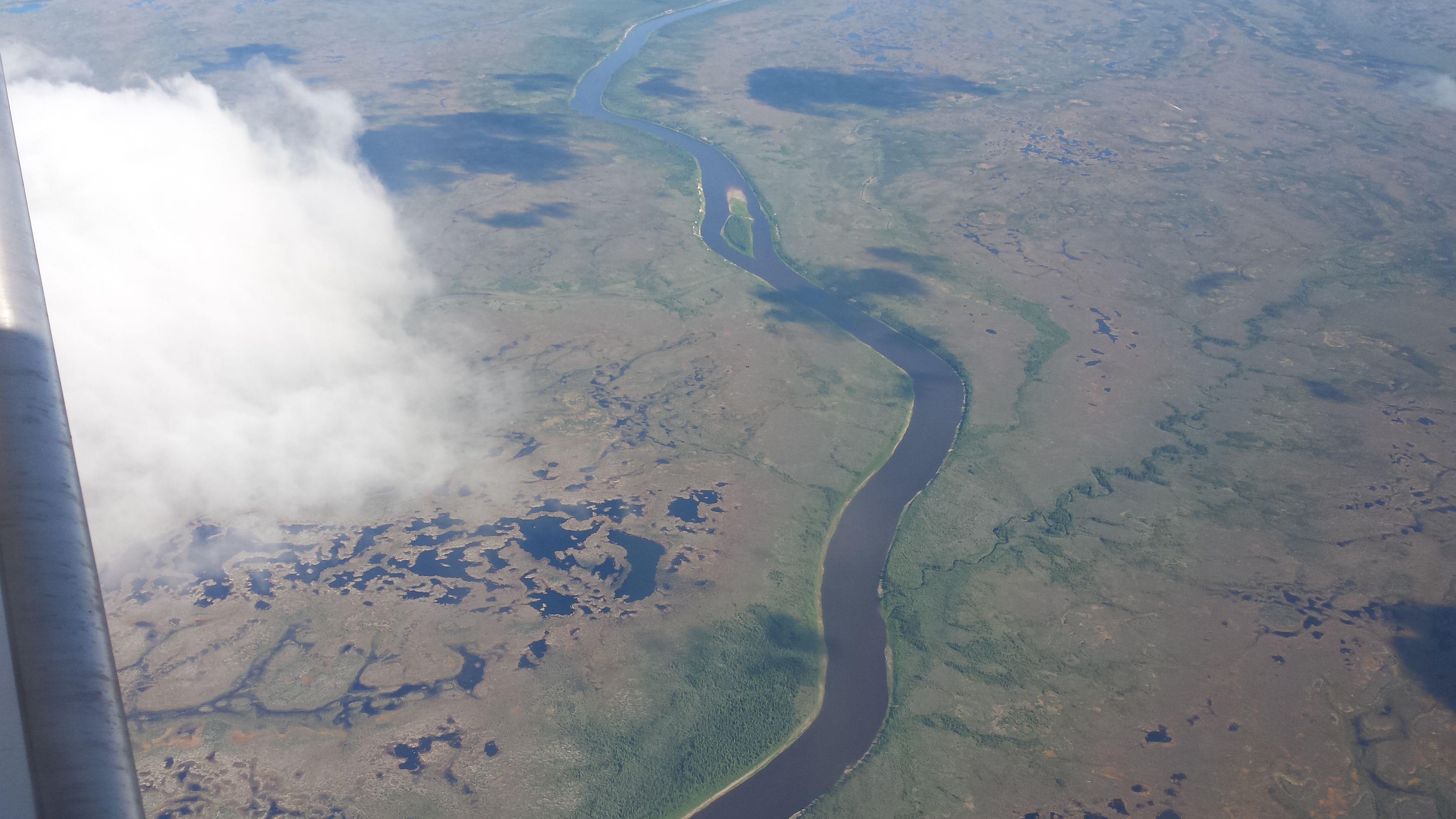 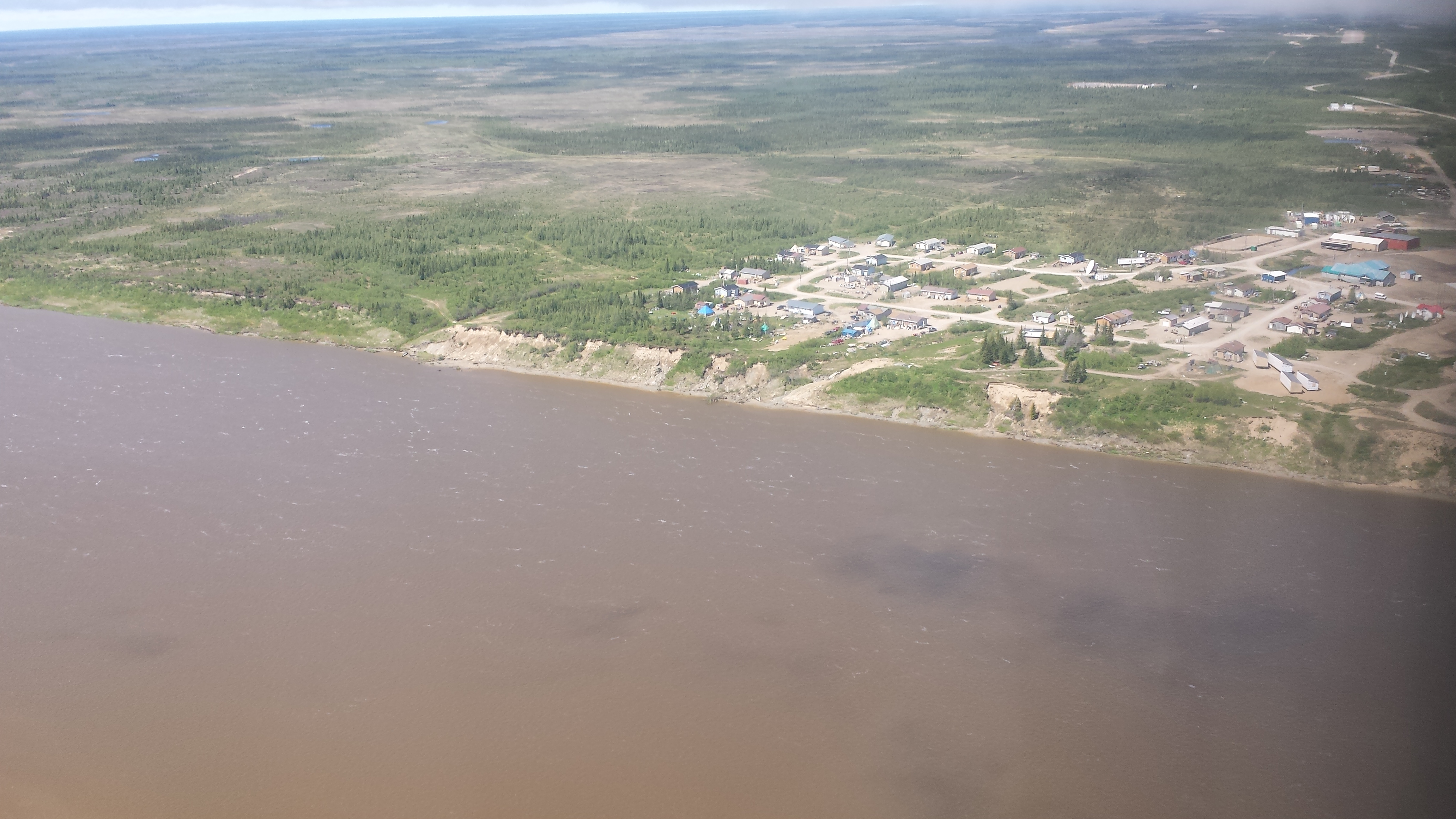 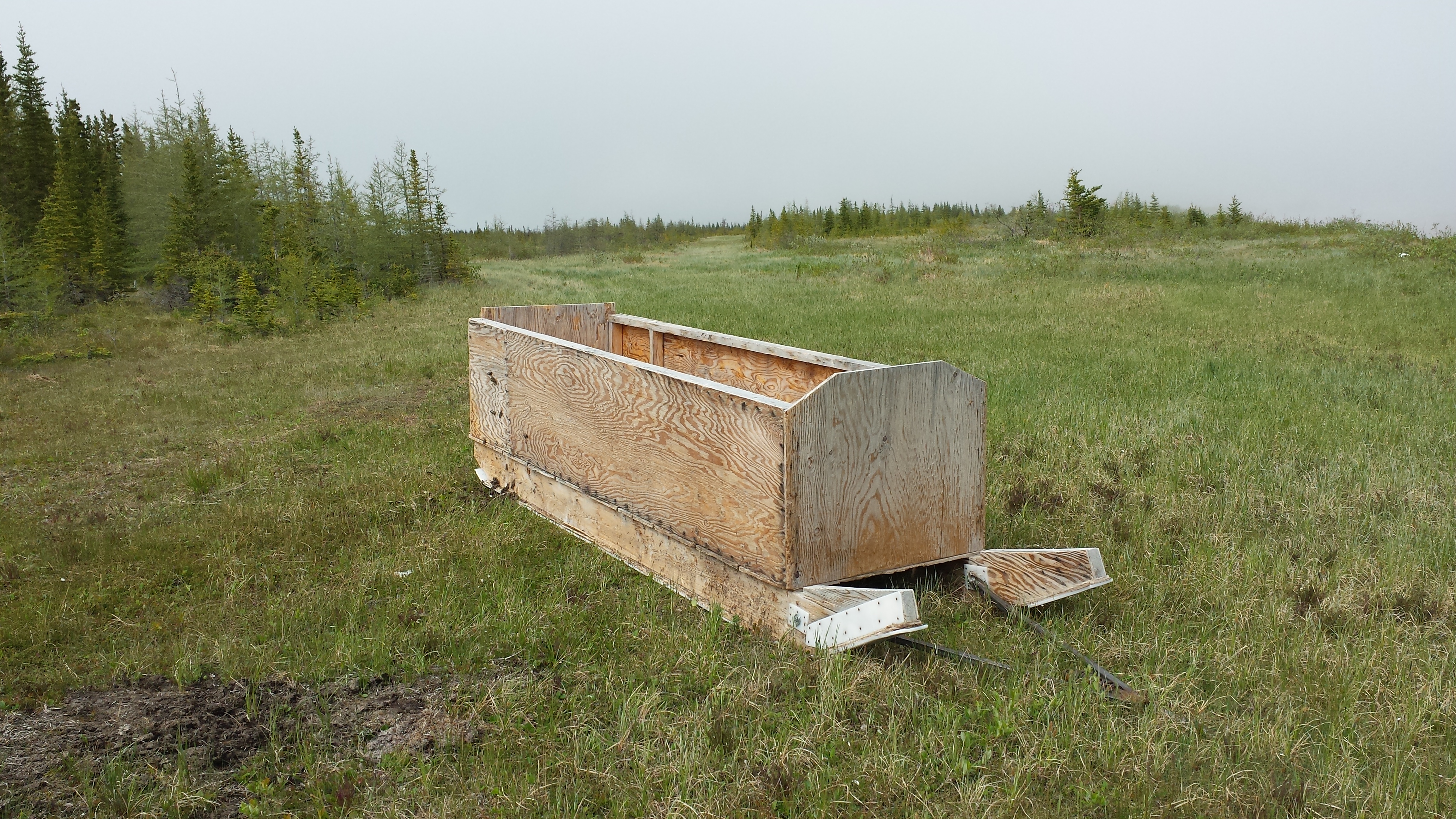 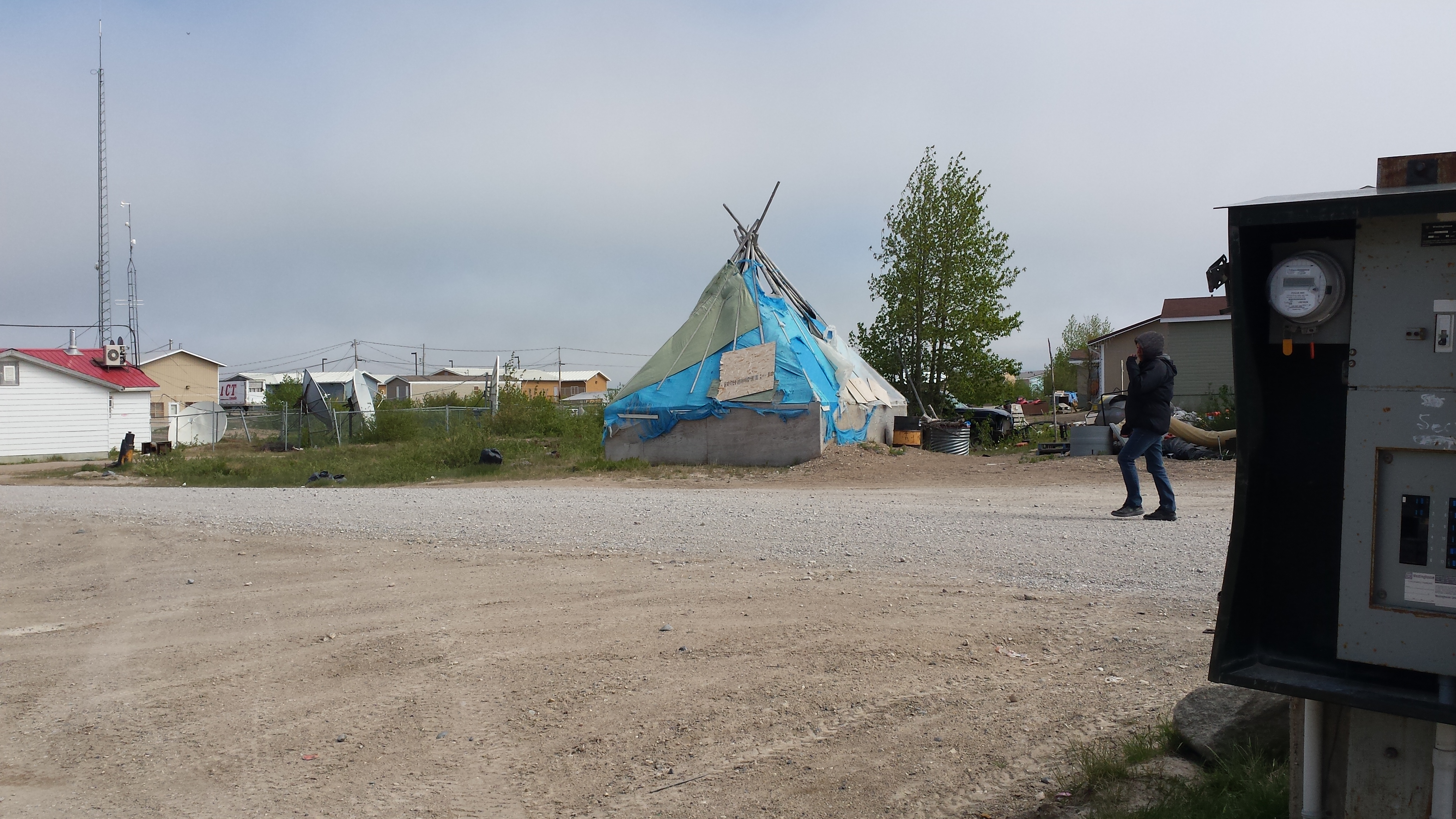 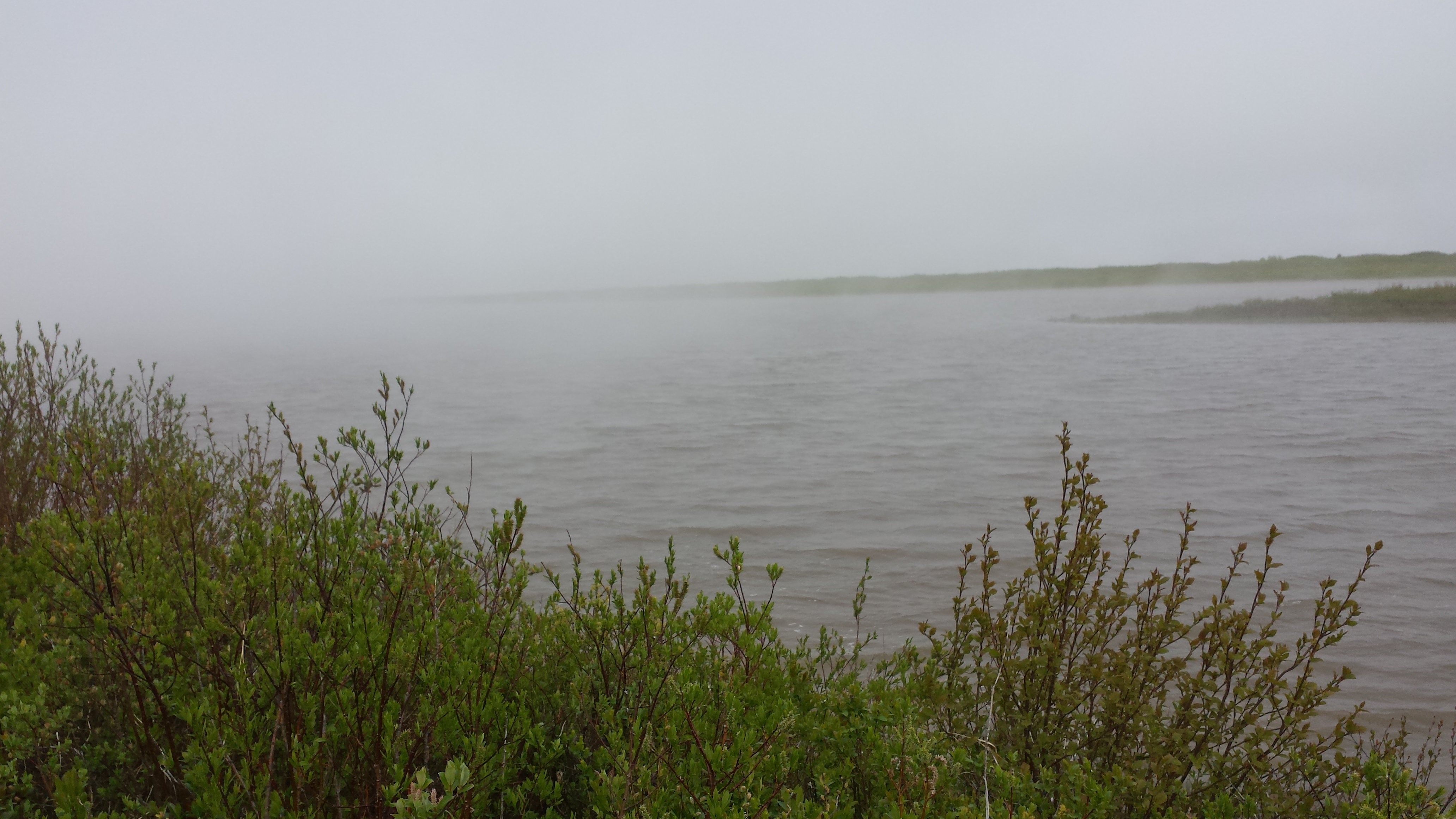 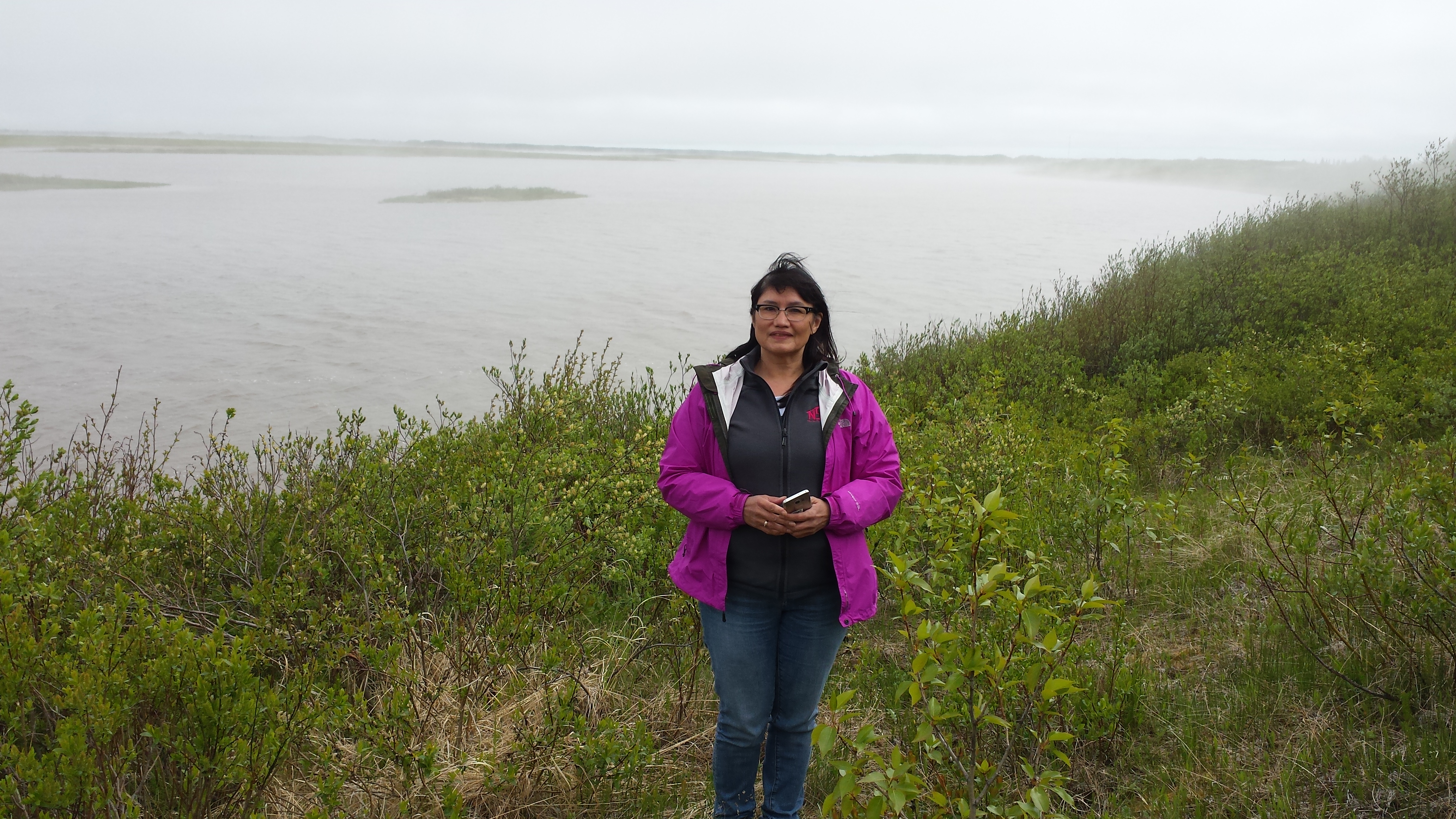 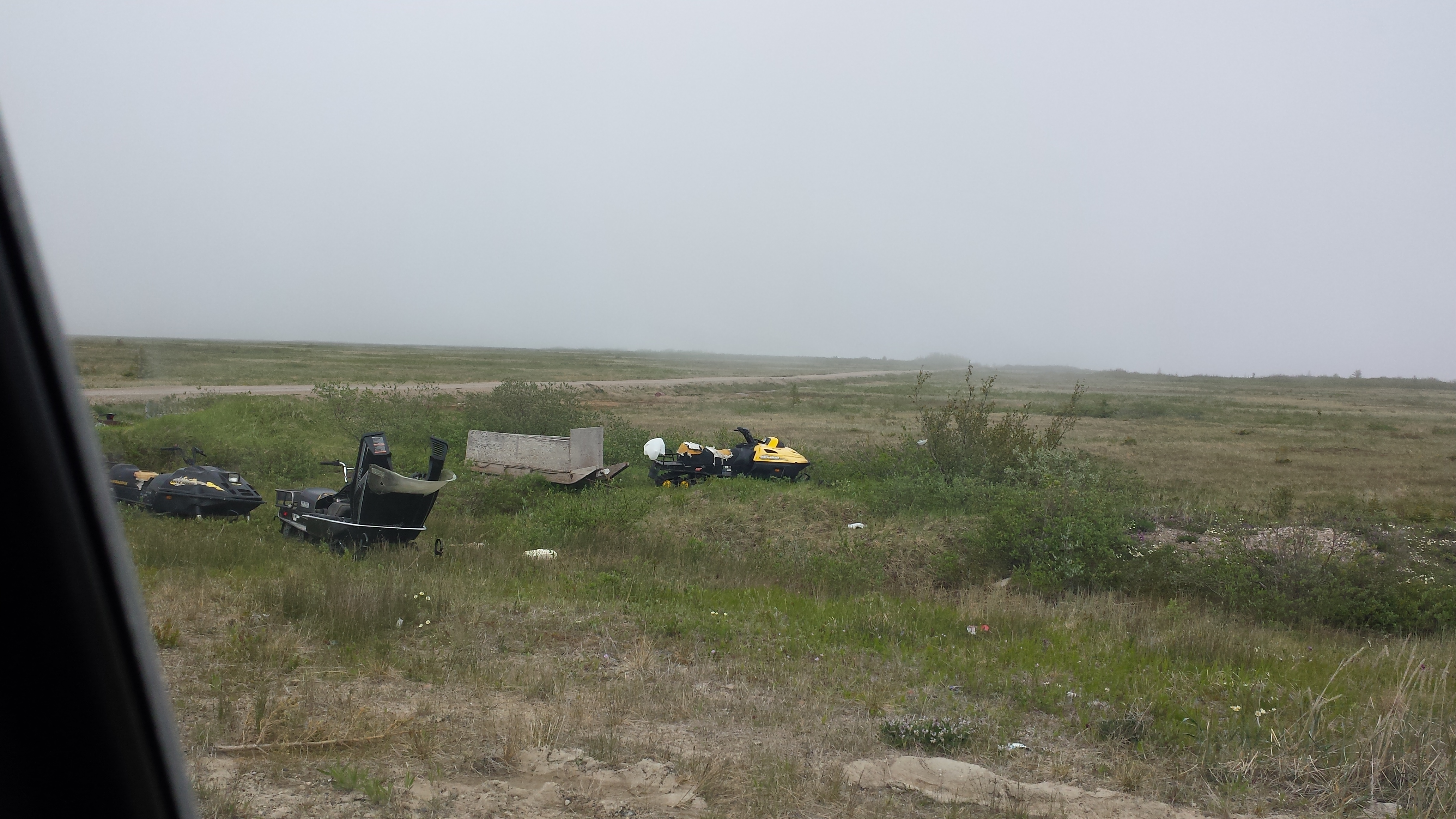 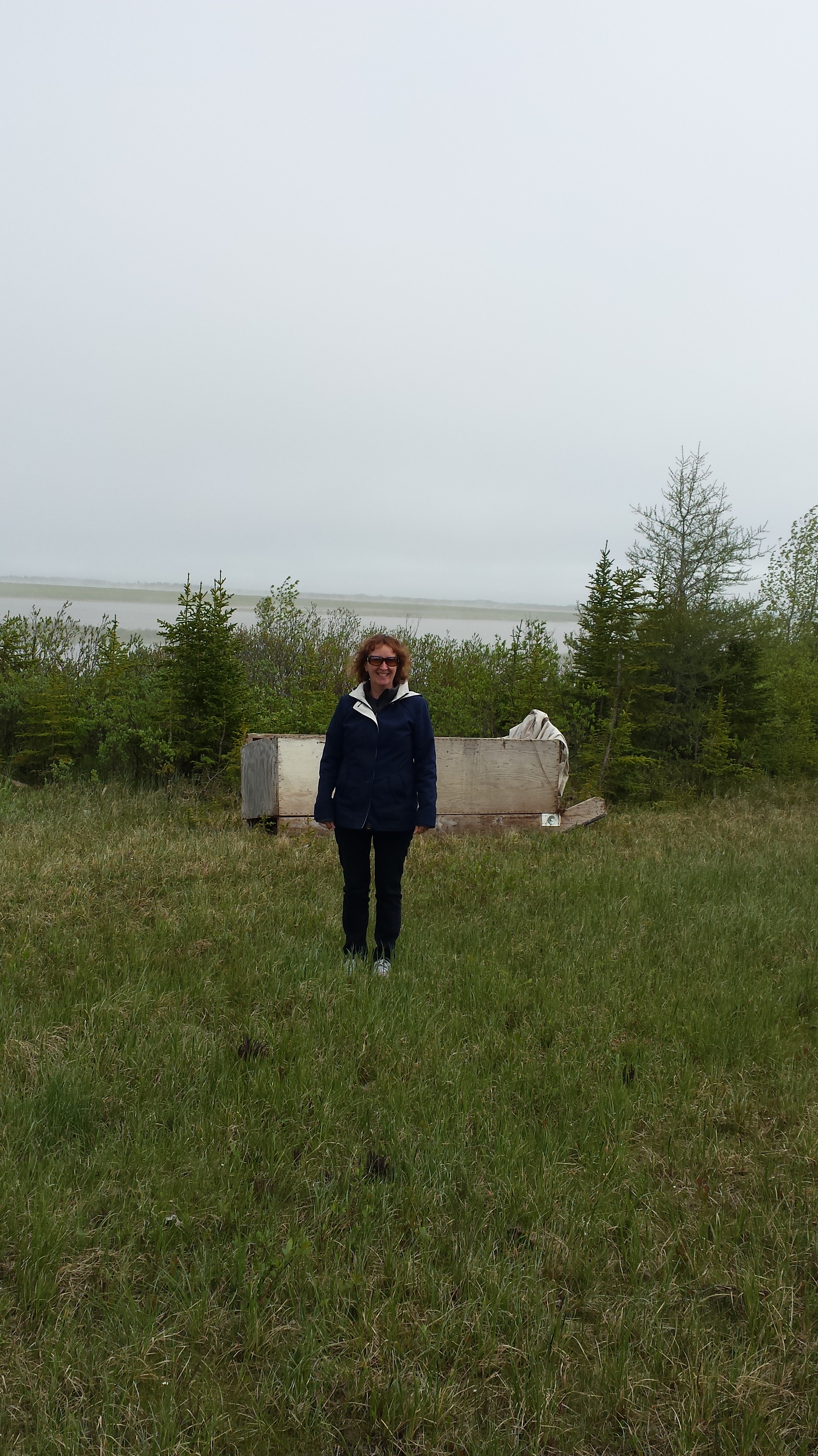 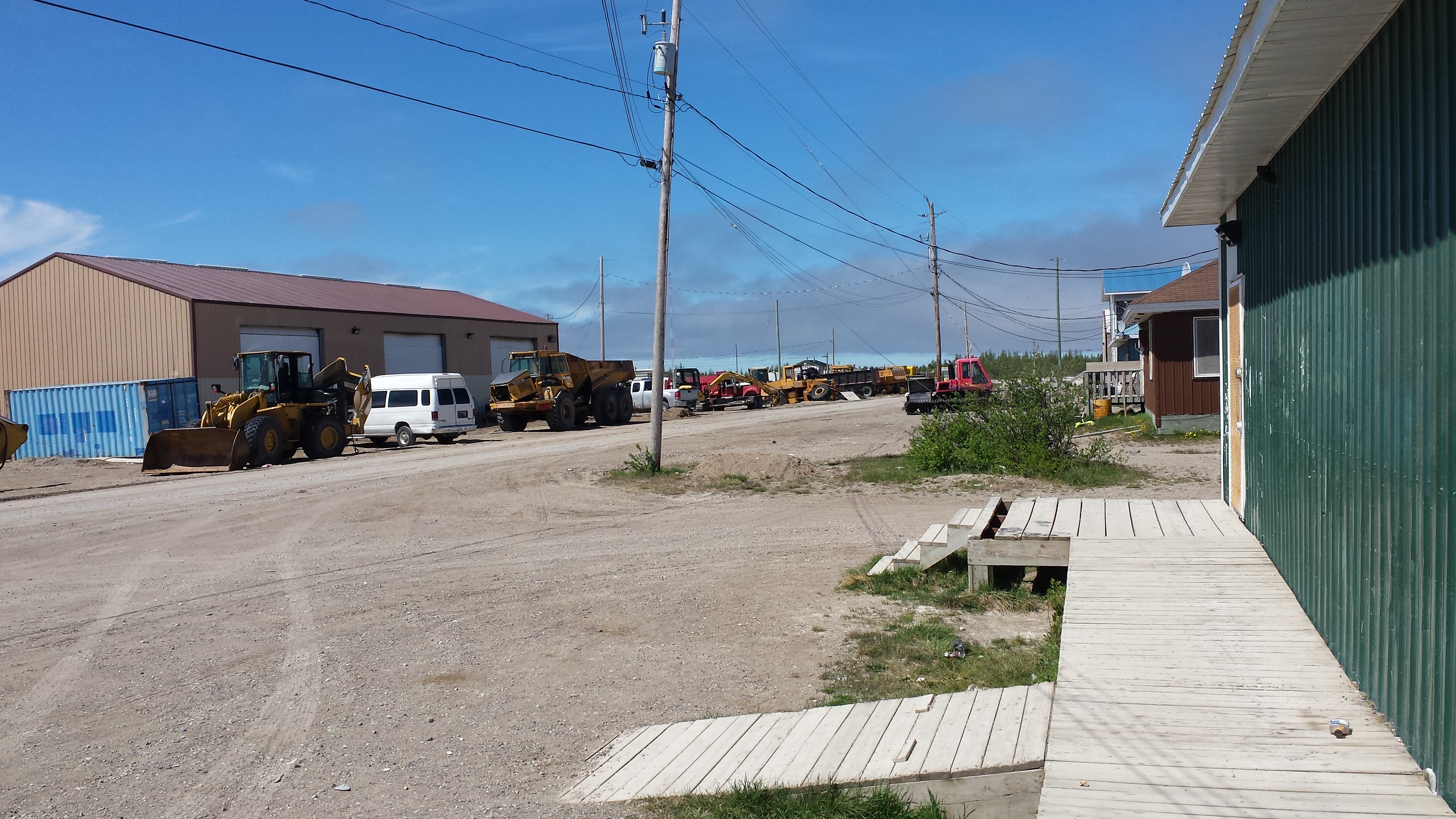 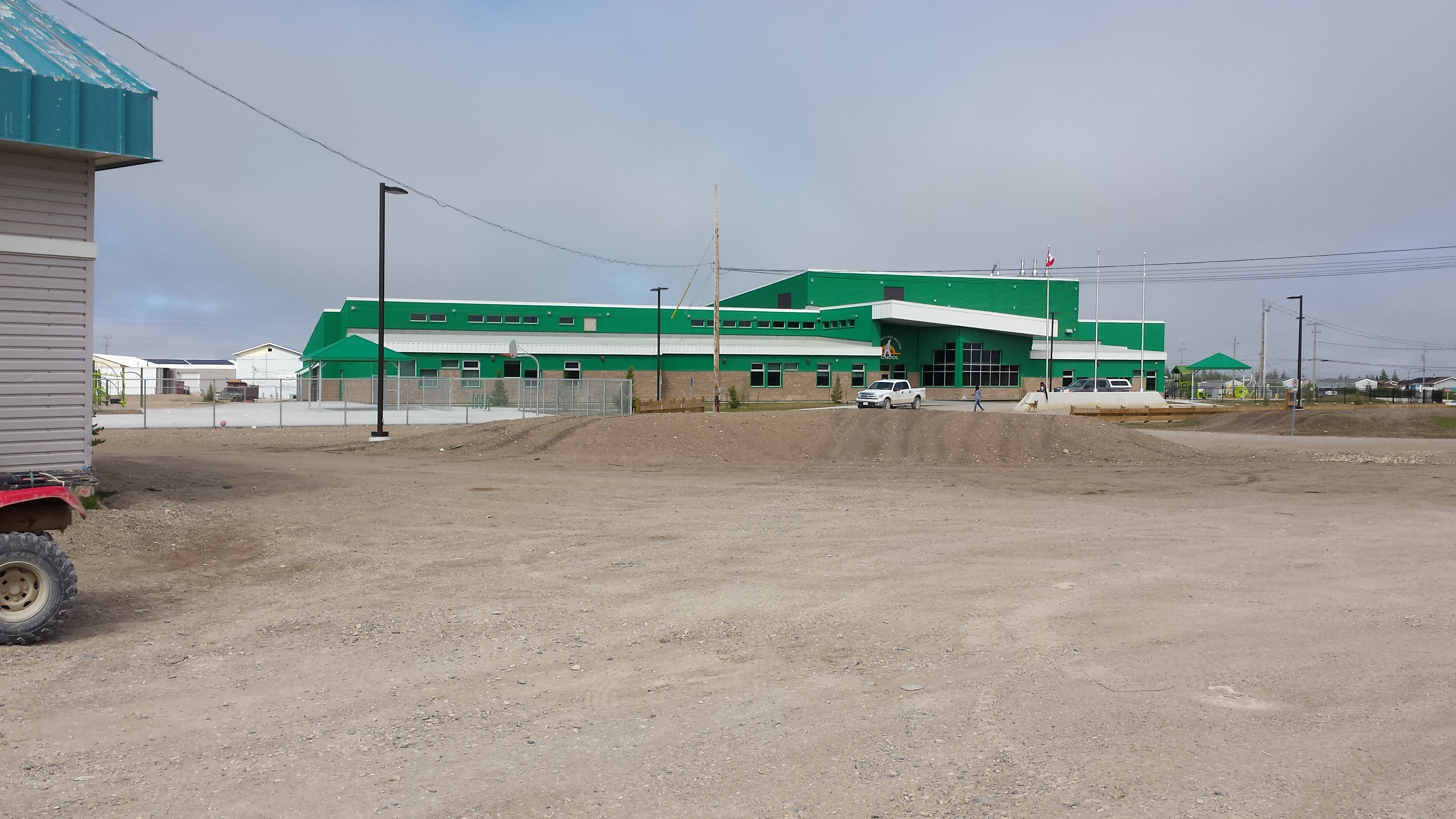 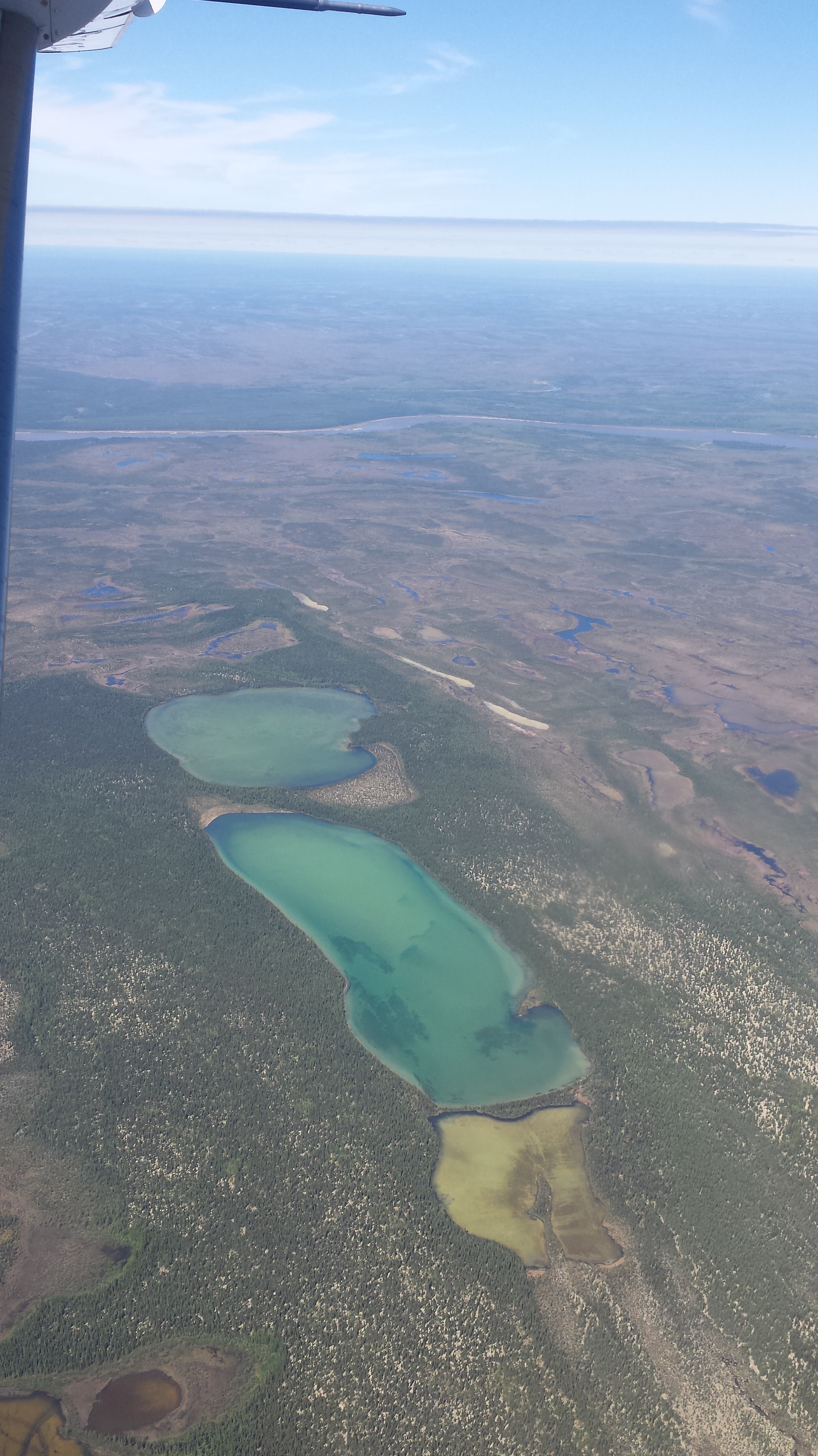 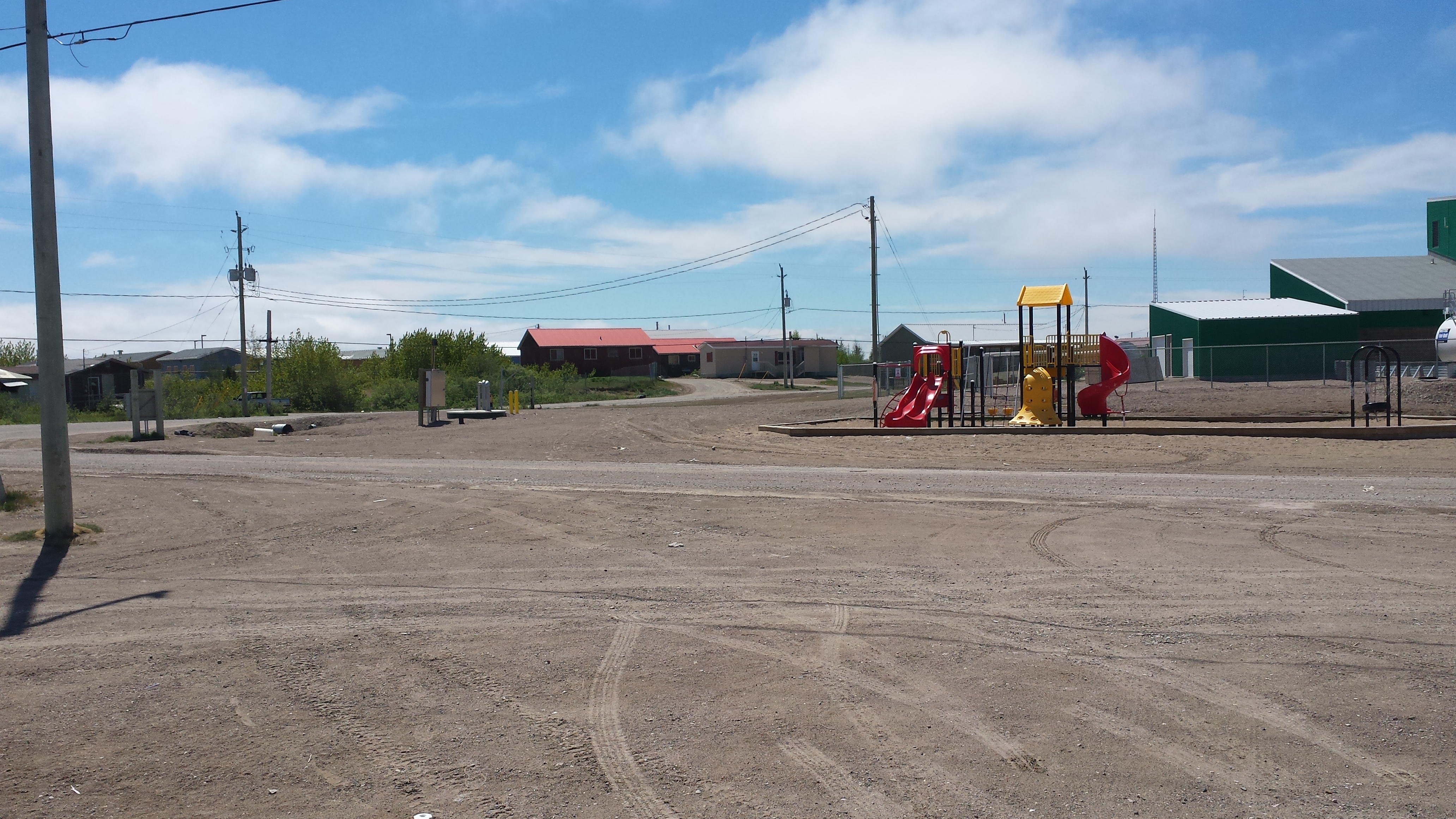 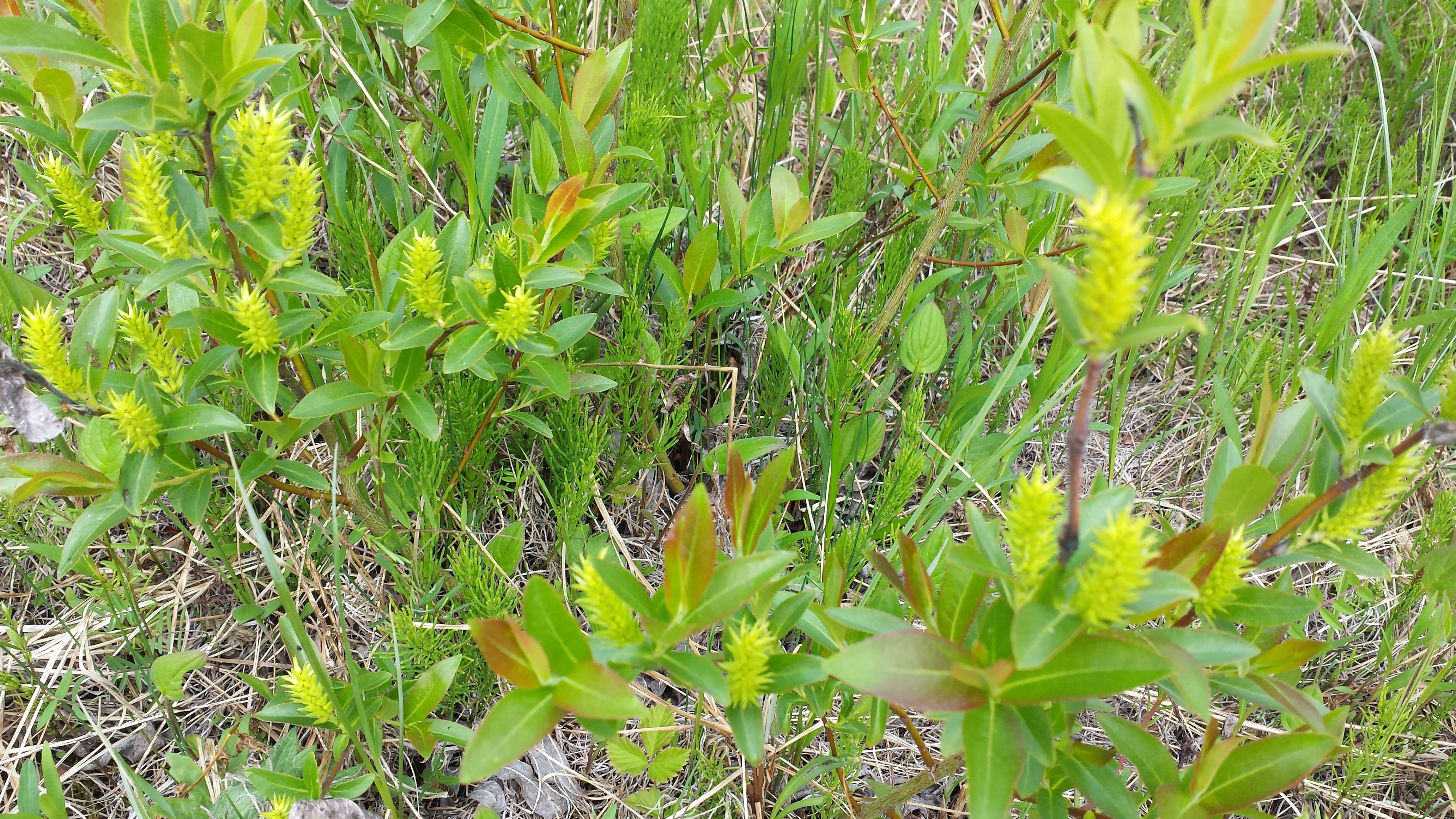 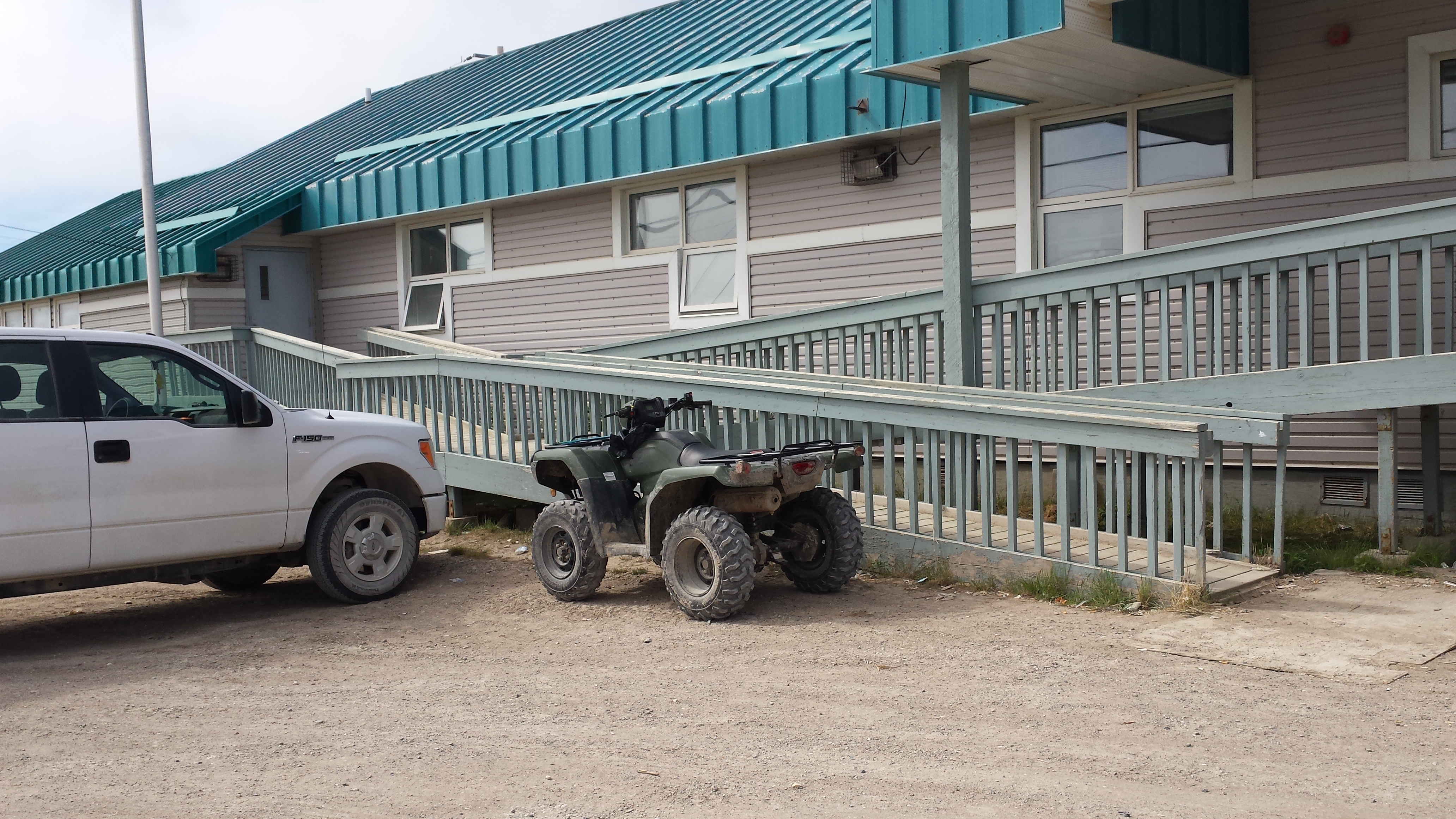 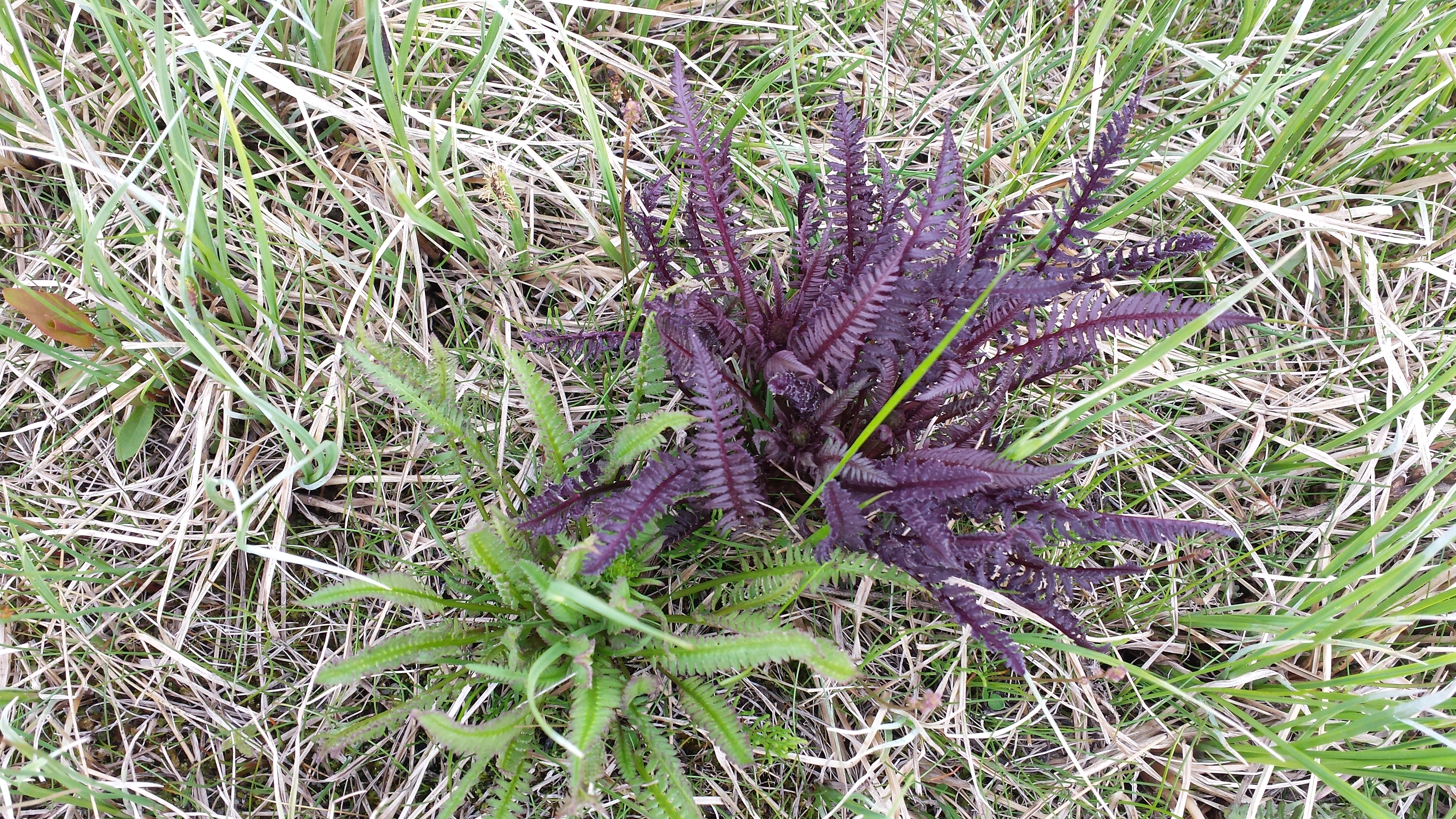 This week I was privileged to travel with a co-worker to Fort Severn First Nation which is at the mouth of Hudson Bay, way, way up north from Red Lake.  It is actually the most northern community in Ontario. Check it out on google maps!! It was a two and a half hour flight on a caravan (Superior Airways) from Sioux Lookout. This was another life changing, spiritual experience for me in my life journey.

I thought I was a northern girl. Ha! Not even! The people who live there are incredible! It was 7 degrees with a wicked icy wind when we landed. About 18 degrees in Red Lake when we left. Our guide, Sinclair, told us that it had been hot the day before, but the fog had come in and we were lucky because there were no mosquitos. Umm, Sinclair, isn’t that a mosquito by my head?

It is far enough north that it doesn’t get dark until midnight at this time of the year and they have the fantastic northern dancing lights. I would have loved to have seen them! But alas we were on a charter flight and had to return that same day before dark.

Why was I there? Well, the Red Lake women’s shelter and the Sioux Lookout shelter have received funding to travel to communities in the north that are in our catchment areas. We are able to connect with the people we serve. It is a fantastic opportunity! It allows us to see how the women we work with live and also for our two shelters to get together and support each other.  Fort Severn is not in our catchment area but we traveled with two staff from the Sioux Lookout shelter as it is in their area.

We met with the Chief and council and community, shared food and talked about the issue of violence against women. We were also able to visit with the two police officers who are there. The community consists of 400 people and have two officers who work for two weeks around the clock and then leave for two weeks while two other officers work.

The air was the purest air I have ever breathed down by the Severn River! It felt like it was pure oxygen that could heal all of your problems and give you good skin at the same time! The tundra was incredible! You are one with the creator when you stand there and behold the creation.

The people were quiet, friendly and so, so nice! I would go back in a heart beat. So on this Canada Day, it has made me feel more like a person of the planet.

We are all one. We are all spirit. There is no you or I. There is we. And the most important thing is love. Love each other. We’re all related.